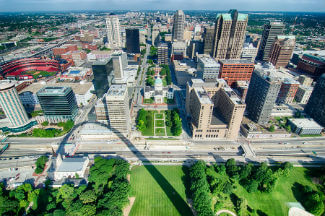 If you are looking for homes for sale in Mehville, the Mehlville School District has one preschool program for early childhood, ten elementary schools, four middle schools, and two high schools. Approximately 12,000 students are enrolled in this district. Here is a list of the schools operated in this area:

The Mehlville school district was started in 1930 when two students graduated from Mehlville High School. The first two superintendents, Emil C. Bernard and Kermit O. Bierbaum (1935-1976), directed the district to its growth into what it is now. Superintendents after them have maintained this educational status.

This school district used to be made up of smaller entities, but on October 7, 1951, citizens in the Oakville, Point, Mehlville, and Washington areas voted to consolidate their schools into one school district. This became the Mehlville R-9 District, later simply called the Mehlville School District.

In 1951, the district added bus transportation, as enrollment at the elementary and secondary levels was experiencing rapid growth. Because the student population was growing so quickly, Bernard and Bierbaum elementary schools were built.

The Mehlville School District voted to annex the Jefferson Barracks School District on May 11, 1964. The ground was broken for a new elementary school that same year, and the new school was given a name honoring Henry Trautwein. The district received 45 acres which used to belong to the Veterans Administration Hospital Reservation in 1956. This land is now home to Beasley Elementary School. In 1969, Wohlwend Elementary School opened.

The Mehlville School District now consists of one early childhood center, eleven elementary schools, four middle schools, two high schools, and other alternative learning programs. The District has accreditation from the State Board of Education and its educational programs have grown and improved over the years.