If you are looking for the top real estate agent in Clayton, please contact the Wallner Team. Let’s take a look at the history of Clayton. 1876 was the year that St. Louis decided to break away from its “country cousins” and remove itself from the purview of St. Louis County. As a result of this, several county courts were left without an official home. It was not until Martin Hanley and Ralph Clayton, two farmers from Virginia, donated the land that the County then decided to house the homeless courts upon.

Both Clayton and Hanley were born in Virginia; both emigrated outside of their place of birth. Clayton was born in 1788 and went west in the 1830s. The city of Clayton, eventually named after him, is where he settled down and made his trade. When the issue of where the courts would be placed came up for St. Louis County, Clayton offered up a plot of his land, around half a day’s ride from St. Louis, as a better alternative to Mount Olive and Kirkwood–two villages that were located much further away. After some negotiations, Clayton donated the land under the condition that the courthouse would be named after him. Hanley was born in 1834 in Virginia but came to Missouri as a young man. He made his trade as a blacksmith and merchant and eventually built a two-story farmhouse in town. This farmhouse still stands to this day. He owned land east of Clayton’s proposed gift to the County, so that was accepted for a total of 104 acres donated for the courthouses. Today those donated acres from Clayton and Hanley are now covered with the Central Business District of the City.

The land donated by Clayton and Hanley was not officially accepted by the County until December 4, 1877, by the residents of the newly founded County. It would take another few months after that for the courthouse to actually be built–an event that cost around $25,000 and was witnessed by around 3,000 people.

It would take another 25 years, but Clayton slowly grew from virgin forest land to a small town with some residents. The main source of income was through the courthouse, so any businesses that settled there were catered to the courthouse.

Clayton received its first schoolhouse in 1880, along with the local newspaper; in 1895 they had an electric trolley service, and the volunteer fire department was formed in 1897 following their first emergency fire.

Clayton was formally incorporated as its own city in February of 1913. This was something that had been discussed with residents of Clayton ad nauseum for years, but formal action as not taken until the neighboring city, University City, put forth plans to formally annex Clayton. William Broadhead became Clayton City’s first mayor, after a vote on April 14, 1913, by residents of Clayton to become its own city.

He was the first resident of the newly formed city to build a house, back in 1880.

By then, Clayton had already begun growing quite steadily but experienced quite a boom of settlers when wealthy and prominent residents of St. Louis decided to escape the crowded city life and settle in Clayton. This sparked a trend, as many followed them, and in the 1920s the growth of Clayton’s population was unparalleled. From 1920 to 1925, the population of Clayton went from 3,000 to 7,000 residents, and by the end of the 1920s, the real estate value of Clayton had tripled in response.

When the Great Depression hit, Clayton was somewhat insulated from the worst of it, as their industry did not depend on heavy industry or manufacturing to keep going, like other cities. So their poverty and unemployment rates were not as bad as their neighbors. They built a city hall in 1931 and became somewhat known for their progressive leadership, resulting in impactful civic initiatives. For example, the Works Progress Administration was implemented by Charles Shaw, a former banker and real estate developer, who was also the mayor of Clayton from 1933 to 1940. This Administration built a library, public park, and widened the streets.

It was not until the tail end of the 1940s that Clayton transformed from a quiet suburb to a city, teeming with life. In 1952, the area where the Central Business District would be built was rezoned and created, which allowed retail and commercial businesses to expand exponentially. A new charter, one that addressed the needs of a growing city, was created and signed into law in 1957, which gave power to the mayor and six aldermen to come up with policy initiatives and planning, while the administrative duties of the city were granted to a board hired city manager.

Height requirements were also done away with by the board, and soon high rises were part of the city’s ever-changing landscape. Rules and requirements were introduced regarding them, and the first high rise towers were opened in the 1960s, with every office and room claimed by a tenant.

In the following decades, Clayton has continued to prosper and expand, and despite its business and metropolitan nature, it has maintained its residential community. 81% of the real estate in Clayton is either a public park or residential in nature. And the farmhouse built by Martin Hanley still stands after 129 years. If you are looking for the top real estate agent in Clayton, call the Wallner Team. 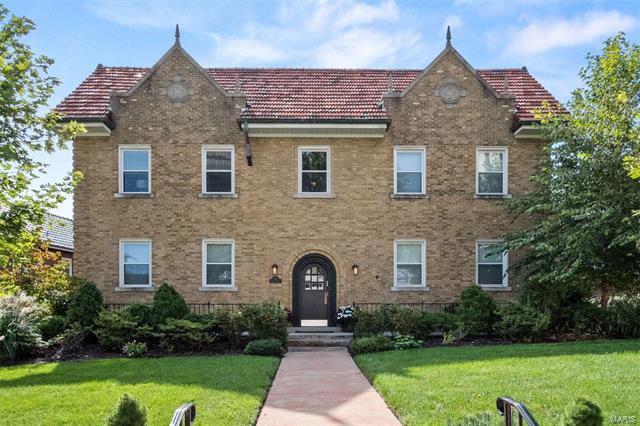