Kirkwood, MO is a city that is located in the western inner-ring suburbs of St. Louis in St. Louis County. The population of the city was 27,540 as recorded in the 2010 census. The city is named after James P. Kirkwood who built the Pacific Railroad through the town. It was founded in 1853 and was the first suburb to be planned that would lie west of the Mississippi River.

The fire of St. Louis occurred in 1849 and the city also suffered from a cholera outbreak before and after the fire. One tenth of the residents of St. Louis were killed during this time and therefore the idea was put forward to start a new community outside of the St. Louis city boundaries. Kirkwood became this community.

In 1850 land which was located 14 miles from downtown was purchased by Richard Smith Elliot and Hiram W. Leffingwell. This coincided with the time that James P. Kirkwood was building the Pacific Railroad. It was decided that the city should be named after him and Kirkwood was platted in 1852. Lots were sold for the top real estate agents in Kirkwood Association in 1853 when the railroad reached the city. Leffingwell designed a number of areas in the city including Grand Avenue and Forest Park. There were restrictions in the deeds that prohibited buildings being constructed for industrial use.

The train station was built in 1893. It was constructed in the Richardsonian Romanesque style and soon came to be seen as the symbol of the town. Today it is listed on the National Register of Historic Places. There are four other places in Kirkwood on this register including the Frank Lloyd Wright house which is located in Ebsworth Park.

Other attractions in the city include the Meramac Highlands resort which was built on the bluffs above the Meramac River in 1895. The National Museum of Transportation is a private museum that was founded in 1944. It is open to visitors and gives guests the chance to explore 150 years of transportation history in the United States.

The Greentree Festival has been held in Kirkwood Park every September since 1961. It was originally held to replace trees in the park that had been stricken by drought. The festival consists of a parade and fair and there are many arts and crafts activities for people to take part in.

The Turkey Day Game between the Kirkwood High School Pioneers and the Webster Groves Statesman is the longest running football rivalry west of the Mississippi. In 2007 the 100th anniversary of the game was celebrated. The two teams take it in turns to be the host of the game. The Frisco Bell is awarded to the winners of the game whereas the losers get the Little Brown Jug.

Over 300 local businesses attend the Kirkwood Farmer’s Market on a regular basis. The market was founded in 1976. There is a wide range of homegrown fruits and vegetables available at the market.

St. Louis Children’s Museum is located in Kirkwood and is often referred to as The Magic House. It is one of the most popular family attractions in the area. The building that houses the museum was built in 1901 but it has undergone several renovations since then. 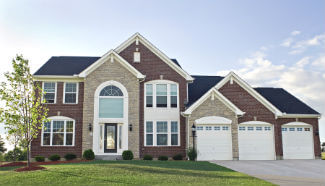